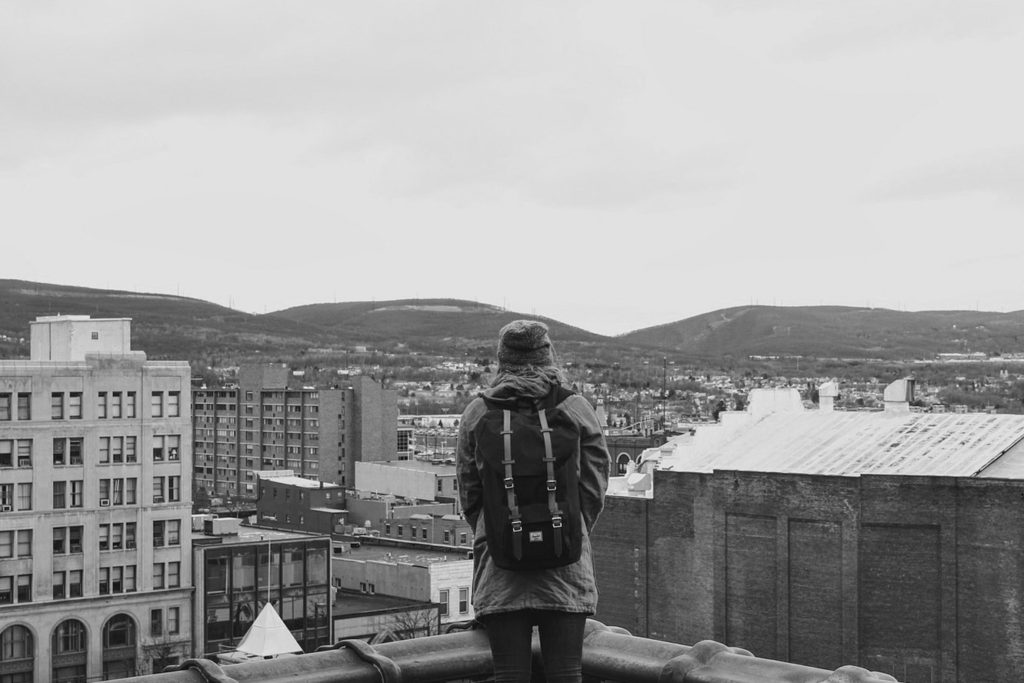 After the tremendous success of Toy Story 2 in November 1999, Steve Jobs set out to design a showcase headquarters for Pixar.

Jobs focused the design of the entire complex around one thing – encouraging unplanned collaborations.

The traditional model for building Hollywood studios was to have separate buildings for various teams and projects. This created silos and isolation.

Jobs insisted that the entire building be designed around one central atrium that would encourage employees to get out of their office and have spontaneous run-ins with people they might otherwise never see. The front door and main stairs, office café and mailboxes, conference rooms, 600-seat theatre, two screening rooms, and even the bathrooms, all originated around the atrium.

As this story is told in the biography Steve Jobs, Jobs explains:

“There’s a temptation in our networked age to think that ideas can be developed by email and iChat. That’s crazy. Creativity comes from spontaneous meetings, from random discussions. You run into someone, you ask what they are doing, you say ‘Wow,’ and soon you’re cooking up all sorts of ideas.” And later on the same page – “If a building doesn’t encourage that, you’ll lose a lot of innovation and the magic that’s sparked by serendipity.”

Life is about serendipity. The moments we cherish most are often by chance, never planned. Similarly, our personal identity is constructed by a sense of discovery – uncovering things about ourselves and the world that we decide to tell others “this is us.”

Marketing – by one definition – is the act of communicating to people why they should buy something.

Consider a different approach. Would it be more powerful if they decided on their own? If they came across our brand one day on their own volition, evaluated it for themselves without anyone telling them how they should feel about it, and decided “yes, this is me.” We would be more than a commoditized or impulse purchase. We would become near irreplaceable.

We’ve likely all heard many times that the greatest marketers are storytellers. I think neglected from that statement is what story we are telling. We are not screenwriters, crafting a narrative designed to elicit an emotional response. We are architects, designing the circumstances for people to live within and create their own story.

That’s a little deep. Let’s drill down. Rather than plan what we want people to see, feel or hear, when we want them to, and how; we can create the circumstances for them to discover. Selectively identifying many little moments and places that weave into everyday life.

Perhaps no brand does this better than Herschel Supply Co. Born in 2009, the brand has that feeling like it’s been around forever. Rather than be mass, the philosophy of co-founders Lyndon and Jamie Cormack is to “allow their target consumer to feel like they’ve discovered the brand on their own.” They have strategically selected where and when to place advertising. Embarked on collaborations with like-minded brands like Stüssy and New Balance. Amassed a digital content strategy based not on the product but on the aspiration of being well-travelled, with an Instagram account (~750k followers) and blog that pump out piece after piece of lust-worthy adventures. And ultimately and most critically, having people catch their first glimpse of the product while it is haphazardly tossed over the shoulder of a slick looking gent you pass by on the street. Whoa, what kind of bag was that?

Build your product and brand proudly. Create the circumstances for people to discover it. Let them tell you if you got it right.